Answering Some Questions About the Supreme Court’s Recent Robocall Decision 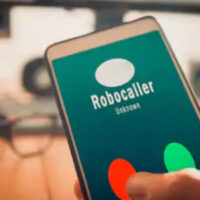 Nobody likes to answer their phone only to hear an automated message on the other hand. Such “robocalls” are not just a nuisance. In most cases, they are also illegal. Federal law prohibits the use of robocalls to make unsolicited sales pitches. Unless you have previously given a business written permission to make such robocalls, they are considered a prohibited sales tactic.

You may have read in the news that the U.S. Supreme Court recently issued a major decision related to robocalls. This decision was actually good for consumers such as yourself. Basically, Congress tried to carve out a special exemption to allow certain types of debt-related robocalls. But the Court put a stop to that over the objections of various groups that wanted to eliminate the federal restrictions on robocalls altogether.

Here is a brief FAQ on what the Court decided and how it may affect you:

What Was the Special Exemption?

In 2015, Congress amended the Telephone Consumer Protection Act (TCPA), the federal law that already made most robocalls illegal. This amendment permitted robocalls to a person’s home or cell phone for the purpose of collecting “debts owed to or guaranteed by the Federal Government.” For example, a debt collector could now make robocalls to collect a federally-backed student loan or home mortgage without violating the TCPA.

Did the 2015 Exemption Apply to Political or Nonprofit Organizations Trying to Solicit Donations?

No, and that was why the Supreme Court got involved. The 2015 amendment did not alter the TCPA’s existing ban on political or nonprofit robocalls made to cell phones. A group of political consultants and three other organizations filed a federal lawsuit in North Carolina, arguing the special exemption effectively discriminated against certain types of “speech” protected under the First Amendment to the U.S. Constitution.

Does the Exemption Violate the First Amendment?

Yes, according to a majority of the Supreme Court. Six of the nine justices agreed with the challengers that the 2015 amendment created a “content-based restriction” that impermissibly favored some forms of speech over others. The Court therefore invalidated the amendment.

What About the Overall Ban on Robocalls?

All but one of the justices agreed that the 2015 amendment could be “severed” from the rest of the TCPA. This means that the TCPA’s existing ban on robocalls to cell phones remains intact. The Court’s decision effectively returns the law to its pre-2015 state.

So I Won’t Get Any More Robocalls From My Student Loan Servicer?

You shouldn’t, at least to your cell phone. And if you receive any type of illegal robocall, you have the right to take action, such as by filing a complaint with the Federal Trade Commission, or even filing a lawsuit directly against the offending telemarketer.

If you have additional questions or concerns about how this ruling might affect you, contact Philadelphia consumer attorney Louis S. Schwartz at CONSUMERLAWPA.com today to schedule a free confidential consultation.