You Guessed It: Medical Debt Is The Leading Cause Of Bankruptcy 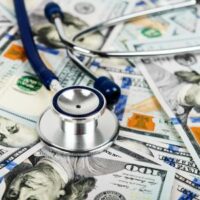 You might have a coworker who, given the opportunity, will grouse about her ex-husband who declared bankruptcy right after they divorced, and she thinks he only did it to reduce the amount of child support he would have to pay.  After she filed for divorce, Mr. Wonderful bought a fancy new car and traveled the world with his girlfriend, so by the time the divorce went to trial, he was broke.  Despite the office breakroom gossip, irresponsible spending is not the main reason that people declare bankruptcy, and neither are student loans.  Most people who declare bankruptcy do so because of an unavoidable emergency expense, such as a big medical bill.  If you are struggling with medical debt and thinking of declaring bankruptcy, contact a Philadelphia consumer attorney.

Nothing wrecks your finances more quickly than an injury or illness so severe that it leaves you unable to work for a year or more.  The biggest medical bills and the lowest incomes do not account for all of the medical debt-related bankruptcy filings, though.  In the United States, healthcare and health insurance are exponentially more expensive than in other high-income countries.  Simply having health insurance is not enough to protect most people from the bills for a single medical procedure leaving them with medical debt that they cannot pay.  In 2019, the average health insurance deductible for a family was $3,655.

The medical issues that have led the greatest number of people to become overwhelmed with debt are not freak accidents and rare syndromes; they are ordinary medical events that you or someone close to you has probably experienced.  According to LendingTree, emergency room visits (with or without admission to the hospital) were the leading cause of medical debts above $5,000.  The second biggest cause was visits to specialists, and the third was medical bills associated with childbirth.  Dental care was the fourth leading cause of insurmountable medical bills.

Healthcare providers know that most people will not be able to pay their bills in full.  In the debt collection industry, medical debt is dirt cheap, and collection agencies can buy it for pennies on the dollar.  In fact, a charity called RIP Medical Health uses the donations it receives to buy medical debt, and so far, it has settled the medical debts of 82,000 patients.  America’s medical debt problem is so widespread that solving it would require reforms to healthcare policy and the health insurance industry.  None of those can happen fast enough if creditors are currently harassing you about the medical bills that you are unable to pay.  A consumer law attorney can help you find the best solution, which may involve debt consolidation, debt settlement, filing for bankruptcy, or some other repayment strategy.

If you are dealing with a heavy medical debt burden, even if it is for a single emergency room visit years ago, the first step is to contact a consumer law attorney.  Contact Louis S. Schwartz at CONSUMERLAWPA.com to set up a free, confidential consultation.

By Consumer Law PA | Posted on September 21, 2021
« Why Do Creditors Sell Your Debt?
How To Avoid Student Loan Forgiveness Scams In Pennsylvania »