Threats To Publish Consumers’ Names For Failing To Pay Debts 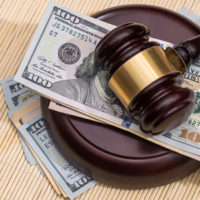 Among the many things some debt collectors threaten consumers with are the threats of publishing the consumer’s name and a list of their unpaid debts, and labeling the consumer a deadbeat who refuses to pay his debts. The thought of the public shaming is calculated to make people make payments, sometimes even if the debt is not properly attributed to the consumer, or the consumer has a valid defense against the debt.

Making the threat to publish a consumer’s debts is considered harassment under the Fair Debt Collection Practices Act. A threat to publish someone’s name as a person who does not pay his bills sometimes goes hand in hand with a threat to have the consumer thrown in jail or prosecuted criminally for failing to pay the debt. These kinds of threats are prohibited under the law, and can be the basis of a lawsuit against the debt collector.

When a debt collector makes a threat to publish your name and label you a person who refuses to pay his debts, do not be intimidated into making payments. Instead, keep track of the harassing phone calls and not the nature of the harassment each time. Then speak to a consumer protection lawyer about your legal options. Contact the Louis S. Schwartz and his team at ConsumerLaw Pa.com to speak to an experienced debt collection abuse attorney in Philadelphia.