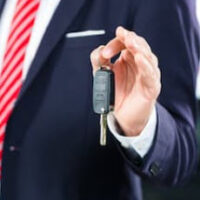 Pennsylvania requires all new and used car dealers to be licensed through the Secretary of State’s office. Licensure helps to protect consumers against unscrupulous used car dealers who engage in questionable–if not outright illegal–sales practices. If you are purchasing a used car, you should always make sure that you are working with a licensed dealer. This is especially true if you are working with dealers who advertise on social media, as it is far too easy to skirt licensing and regulatory requirements on the Internet.

Indeed, Pennsylvania State Police (PSP) in Lancaster recently arrested 23 individuals who were allegedly part of an “illegal vehicle sales” ring that primarily operated on social media. According to the Lancaster County District Attorney’s office, PSP began its investigation more than two years ago. Investigators said they found “[i]ndividuals posting as licensed salespersons or private citizens were observed to be advertising excessive numbers of vehicles.” (In Pennsylvania, you are considered a “dealer” if you offer more than 5 vehicles for sale in a calendar year.)

PSP said the individuals in the ring advertised vehicles on popular social media platforms including Facebook, Craigslist, OfferUp, and LetGo. Among PSP’s allegations:

Altogether, PSP said thousands of Pennsylvania consumers were “unknowingly defrauded” by the County Motors scam. The State of Missouri has already revoked County Motors’ wholesale dealer license. But PSP said many of the same individuals simply resumed their criminal activities under the name Champ Motors.

If you see a used car deal online that seems too good to be true, you should always be suspicious. And if a “dealer” asks you to do anything that seems sketchy, like not reporting the correct sales price to PennDOT, you should immediately pull out of the deal. No honest or reputable dealer should ever encourage you to break the law.

If you have been the victim of a used car scam and need legal advice on what steps to take next, contact Philadelphia used car fraud attorney Louis S. Schwartz at CONSUMERLAWPA.com for a free review of your case.