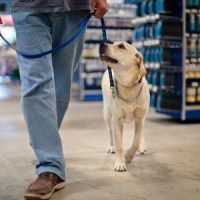 Taking care of a pet costs money, but in many cases, the cost of Purina chow and vet visits is negligible compared to the happiness your furry friend brings into your life.  It only takes a few minutes of Internet research to find organizations that will let you adopt an animal free of charge and connect you to affordable veterinary services where you can get your pet vaccinated and spayed or neutered, and then you and your new mutt can be best friends for life.  Of course, if the animal’s pedigree is important to you, then you will probably have to pay upwards of a thousand dollars for exactly the breed you want.  By virtue of belonging to a specific breed, the dog will be susceptible to certain breed-specific health problems, which means bigger vet bills down the road.  Even worse, there are lenders out there willing to charge triple digit interest once you see those puppy dog eyes and decide that you can’t stand to walk out the door with your new friend.  A law in the Pennsylvania legislature aims to end the practice of purebred pet-specific high interest loans.  It’s a start, but if you are already struggling to repay one of these loans, contact a Philadelphia predatory lending lawyer.

Victoria’s Law Aims to Protect Dogs and Their Human Friends

Victoria was a German shepherd who gave birth to more than 200 puppies during the time she spent as a breeding dog at a puppy mill in Lancaster County.  When Kelly Herbert adopted Victoria in 2017, she took her to the vet, who diagnosed her with canine degenerative myelopathy, an inherited disease that is most common in German shepherds, corgis, and boxers; the human disease with the most similar symptoms to it is ALS, also known as Lou Gehrig’s disease.  Victoria died about a year and a half after Herbert adopted her, but the saddest part of the story is that some of her offspring probably suffer from the disease, and others will likely pass it onto their own offspring.

In early 2022, Pennsylvania’s House of Representatives voted to pass House Bill 2311, also known as Victoria’s Law.  If it becomes law, the bill will prohibit pet store and online sellers of domestic animals from offering loans for the purchase of animals; the currently available loans can have interest rates as high as 150 percent.  Given the health problems that animals purchased from pet stores sometimes face, some consumers continue making payments on the loan long after the animal has died.  Critics have compared these pet store loans to payday loans.  Victoria’s law would still allow consumers to use their own credit cards to purchase pets.

Contact Louis S. Schwartz About Fighting Back Against Predatory Lending

A Philadelphia consumer law attorney can help you if you are struggling with debt because of predatory lending schemes like payday loans or pet store loans.  Contact Louis S. Schwartz at CONSUMERLAWPA.com to set up a free, confidential consultation.

By Consumer Law PA | Posted on August 9, 2022
« Beware Of Automatic Subscription Renewals
Credit Card Debt Is A Widespread Problem, But Not An Insurmountable One »