Disputing Incorrect Information With Creditors And On Credit Reports 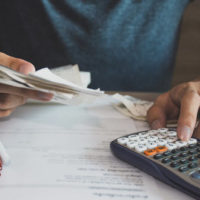 Pursuant to the Fair Credit Reporting Act, consumers in the United States are entitled to a free annual credit report, and they should take advantage of the opportunity this presents to ensure that their credit reports are accurate. After getting a report and seeing unfamiliar lines of credit, debts, or judgements reported, the consumer should take steps to understand the charges.

If the incorrect information is due to identity theft, then the affected consumer will have to go through some additional steps in order to dispute the charges, including filing a police report on the identity theft.

A consumer who is unable to resolve a dispute about incorrectly reported information with the reporting creditor can write a personal statement that would be included within the credit report to explain the disputed charge. This can sometimes be helpful, especially if the late charge is due to a third party’s error. The consumer can also wait until the disputed debt is older than seven years, at which point it should be off the credit report and be uncollectable by the creditor.

If you are not sure how to start the process for disputing charges, you need to talk to an experienced attorney before you start any negotiations with a creditor. Contact the Philadelphia law firm of Louis S. Schwartz, Attorneys at Law to speak to a debt collector abuse attorney today.