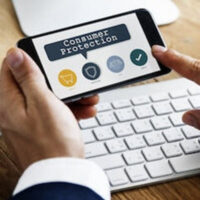 Companies often try to trick customers into binding arbitration agreements. Arbitration is a form of private dispute resolution that typically restricts the legal rights of consumers–and thus heavily favors the business that drafted the agreement. In some cases, consumers may not even realize they have agreed to arbitration at the time they purchased a given product or service.

Payless, Avis Instructed Sales Associates Not to Show Arbitration Agreements Until After Customers Signed on the Dotted Line

The U.S. Third Circuit Court of Appeals here in Philadelphia recently addressed the use of these arbitration agreements by two popular car rental companies, Payless and Avis Budget Group. The plaintiffs are seven individuals who rented cars from the two firms, six of them in the U.S. and the other in Costa Rica. All of the plaintiffs allege the rental companies charged them for “products and services that they either had not authorized or had declined.”

So why did the courts decline to enforce these arbitration agreements. Well, let’s first look at the agreements allegedly “signed” by the U.S. plaintiffs. Each of the plaintiffs went to a rental counter to complete their transaction. At the counter, a sales associate presented the customer with a list of itemized charges and fees. The customer was then asked to sign under a paragraph that indicated they assented to the charges.

After the customers signed this document, the sales associate placed it in a “rental jacket,” which contained additional terms and conditions, including the binding arbitration agreement. Although the signed rental agreement made a vague reference to this “jacket,” the Third Circuit said it was not “identified beyond doubt” as part of the agreement. Indeed, the rental companies instructed their associates to keep the jackets behind the counter until after the customer signed their rental agreement. So there was no way the customers could have known they were agreeing to any additional terms and conditions contained on the jacket.

As for the Costa Rica plaintiff, she received a “single-page, two-sided documents” when she obtained her rental car. In this case, the sales associate told the plaintiff “only to review and sign the front side.” The arbitration agreement, of course, was contained on the back side.

Applying New Jersey law, the Third Circuit said there were “genuine disputes of fact concerning whether [the plaintiff] had reasonable notice of the back side of the Costa Rica Agreement and its arbitration provision.” It was therefore proper for the trial court to decline to compel arbitration in this case as well.

It goes without saying that you should always carefully review any agreement before you sign on the dotted line. But as the case above illustrates, many companies will go out of their way to conceal certain terms and conditions in the hopes you will sign away your rights without asking any questions. If you have been the victim of such duplicitous behavior and need legal advice or representation from an experienced Philadelphia consumer lawyer, contact Louis S. Schwartz at CONSUMERLAWPA.com today to schedule a free consultation.

By Consumer Law PA | Posted on October 20, 2020
« What Happens to Undistributed Funds from a Consumer Class Action?
How the Fair Credit Reporting Act Can Help You In the Event of Identity Theft »