Signs that Your Transmission May be Defective 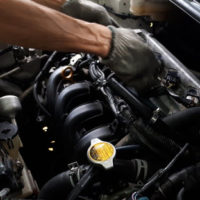 The transmission plays a critical role in the proper functioning of any vehicle, as it transfers the rotational power generated by the engine to the car’s wheels. This in turn, makes it possible for the gear ratio between the engine and the wheels to change as a vehicle speeds up and slows down. Although this may sound like a relatively simple function, it is actually only made possible by the proper functioning of a number of complicated parts. For this reason, a defect in any single part could result in the failure of the overall transmission.

Because a properly working transmission is so crucial to the functioning of a vehicle, the Pennsylvania Legislature made it a legal requirement for used car dealerships to notify potential buyers of any problems with a vehicle’s transmission. Unfortunately, not all used car dealerships comply with these laws, so if you recently purchased a vehicle with a defective transmission, you should strongly consider contacting an experienced used car fraud attorney who can explain your legal options.

Transmissions are sealed units that should never leak fluid, so when a car is leaking bright red, dark red, or brown fluid, it usually means that a transmission is somehow defective. Failing to address these types of issues immediately can have serious consequences because transmission fluid plays a critical role when it comes to ensuring that a vehicle is able to shift properly. However, unlike motor oil, transmissions don’t consume fluid when used, so if fluid is running low, it is almost always the result of a leak. The most common cause of transmission fluid leaks are:

If left unresolved, transmission leaks can cause serious and permanent damage that can only be repaired by replacing the transmission itself, so keeping an eye out for any leaks in your driveway or garage is important after purchasing a used vehicle.

Unlike cars that were manufactured in prior decades, modern vehicles now have sensors that can pick up irregularities and then trigger a computer-based warning system. When it comes to transmissions, these sensors are pre-programmed to recognize vibrations and other early problems that a driver might not be able to feel or see. In many cases, these sensors notify drivers when the transmission fluid in the vehicle is hotter than normal, which in turn, causes a transmission to operate at a higher temperature. When this light turns on, it is important to check your transmission fluid and engine coolant level as soon as possible.

For those with manual transmissions, an abrupt grinding noise when shifting into a new gear is usually indicative of a serious problem with the transmission, such as damaged or worn out gear synchronizers. Those with automatic transmissions, on the other hand, should remain vigilant for whining, buzzing, or humming sounds, all of which could be evidence of a transmission slipping,

If you were sold a used vehicle in Pennsylvania and later discovered that the car had a damaged transmission, you could be eligible for financial restitution. Please contact dedicated used car fraud attorney Louis S. Schwartz at CONSUMERLAWPA.com to learn more about your legal options.