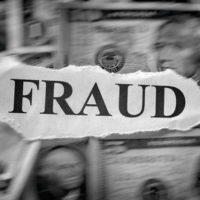 Early last month, a Pennsylvania used car dealership agreed to pay more than $2 million in restitution and fines for selling vehicles at falsely inflated prices to subprime consumers. Unfortunately, this type of conduct is not uncommon in the used car sales industry, so if you were recently taken advantage of by a dealership who ran afoul of state law, it is important to contact an experienced used car fraud attorney who can help you seek compensation for your losses.

According to the recently published results of an investigation conducted by the FBI, Hallman Chevrolet and the Hallman Auto Group, located in Pennsylvania, agreed to settle a series of claims filed by wronged consumers for:

Unfortunately, these are only a few of the most common types of dealer-related fraud that have a major impact, not only on consumers, but also banks, which end up with extremely high default rates. For instance, this settlement was announced only a month after another bank filed suit against a chain of Texas dealerships, asserting damages of over $41 million for defaulting on financing agreements by delaying payments and falsifying records.

Details of the Settlement Agreement

In taking responsibility for the actions of its used car department, the dealership agreed to pay $1.4 million in fines and $737,347 in restitution. Although the agreement defers criminal prosecution for the dealer’s unlawful conduct, the U.S. Attorney also retains the right to institute criminal proceedings against the dealership at any time in the event that additional violations are discovered, as the agreement also requires the monitoring of the dealer’s conduct over the next four years.

It is not always possible to reach a settlement with large, well-known dealerships. In fact, the only reason that the dealers in this case were offered a settlement was because they:

Unfortunately, not all dishonest dealerships are willing to enter into settlement negotiations, in which case, wronged parties are required to file a claim with a state or federal court, seeking damages to cover their losses, which can be a difficult task for those without legal representation.

Please contact Louis S. Schwartz at CONSUMERLAWPA.com to speak with a Philadelphia used car fraud attorney about your case. You can reach a member of our legal team by calling 215-790-1800 or by sending us an online message.