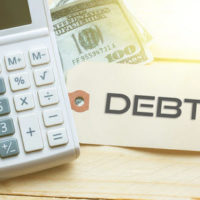 While people should be expected to take ownership of their choices and responsibility for the debts they acquire, falling into unmanageable debt cannot always be blamed on the borrower. In some situations, one of the main factors in the borrower defaulting on the debt is that he is the victim of predatory lending.

Predatory lending is a process through which some creditors extend credit to people they know are credit risks. The creditors then load the loans with unfair or abusive terms, and coerce the borrower into accepting the loans under those terms. Creditors who engage in predatory lending are aware that the debtor may not be able to afford the loan.

For example, the terms of the loans can allow for low initial rates of interest, and then slowly or suddenly increase until the borrower can no longer afford the payments. The creditor offers the loan in order to get some money, often from inflated interest rates, from the borrower before the borrower defaults.

Predatory lending can be a defense to foreclosure and other debt actions by creditors. A borrower may use this defense if the creditor misrepresented loan terms, failed to make necessary disclosures, increased fees and costs without prior notice or disclosures, and otherwise engaged in such misconduct. Using predatory lending as a defense can help the borrower avoid the negative consequences of losing in a foreclosure or other lawsuit filed by a creditor. In some cases, if the creditor engaged in particularly bad practices, the borrower may be awarded damages in compensation for the creditors’ actions.

Borrowers should also look out for some signs that should alert them to lenders who may be engaged in predatory lending. For example, lenders who try to sell an additional loan or financial products, especially if they insist that the products are mandatory to the loan.