Harassment By Debt Collectors And What You Can Do About It 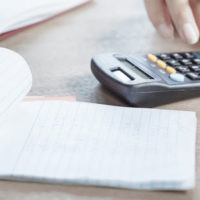 The Fair Debt Collection Practices Act (FDCPA) prohibits debt collectors from harassing, abusing, or oppressing the people they contact in the course of trying to collect a debt. Harassing acts can include calling a person multiple times a day in order to annoy or abuse the person; using profane or abusive language; calling someone and refusing to identify themselves; and, making threats of violence and harm. Some courts may not consider a couple of calls in a day harassment unless those calls show a clear intent to annoy or harass, for example by leaving obscene messages.

Sometimes debt collectors try to apply pressure on the person who is the target of their collection efforts by calling the person’s friends or family. Calling friends and family is supposed to be a way to embarrass the person into paying the alleged debt. While a debt collector may call others in an attempt to find a way to contact a person who owes a debt, they should not mention they are doing so in order to collect a debt. Additionally, if the debt collector harasses the family member or friend while trying to reach another person, the harassed friend or family member can also seek compensation under the FDCPA.

Let Us Help Us

If you have debt collectors calling you at all hours of the day and night, even on numbers you have not permitted them to call, you can make the harassment stop. For more information on your rights as a consumer being contacted by a debt collector, contact Louis S. Schwartz and his team at ConsumerLaw Pa.com.