Debt Collection And The Statute Of Limitations In Pennsylvania 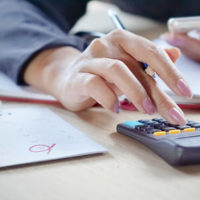 Getting calls from debt collectors can become an overwhelming ordeal, especially when the calls come daily and are harassing. The callers make many different claims about the status of a person’s debt, and the actions the debt collection agency can take to collect the debt. While some of these collection actions may be possible, some are just empty threats meant to scare people into making payments.

In some cases, the consumer may not even legally owe on the debt anymore, and the debt collector is counting on the fact that the consumer does not know this in order to threaten him into making payments. This often happens with debts that are past the statute of limitations.

In Pennsylvania, this statute of limitations on collecting most commercial debts is four years, and applies to a person or company who later purchases the debt from the original creditor. Most debt collectors who engage in harassing and threatening calls have bought the debts from the original creditor. By the time the debt is sold to the debt collector, the time to file a lawsuit to collect on the debt has passed.

In some cases, the credit agreement the consumer signed with the creditor may have stated that the law of another state would govern when it comes to issues like these. In that case, the statutes of limitations may be longer.

If you are being harassed by debt collectors, do not take any actions that could revive a debt that the law says cannot be collected. Contact Louis S. Schwartz and his team at ConsumerLawPa.com to speak to a debt collector abuse attorney today.