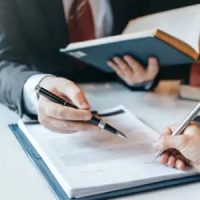 The Eighth Amendment to the United States Constitution prohibits cruel and unusual punishment, including excessive financial burdens imposed by the criminal justice system.  All states, including Pennsylvania, allow the courts to order convicted defendants to pay restitution, which is money that they pay to the court, and the court then pays to the crime victims, to compensate them for the financial losses they suffered because of the crime.  It can cover lost or damaged property, as in theft or vandalism cases, or medical bills, as in cases involving injuries, such as assault or reckless driving resulting in a collision.  A recent article in the New York Times described how restitution is a heavy financial burden for many defendants, especially those who are young at the time of their sentencing and whose families do not have the means to help them pay the restitution.  If you are struggling with debt because of court-ordered restitution or the consequences of some other long-ago mistake, you are not alone, and a Philadelphia debt collection abuse lawyer can help you.

Court-Ordered Financial Obligations Are Among the Most Difficult to Discharge

It is possible to talk your way out of many debts; in some cases, all you have to do is pick up the phone and call the creditor, and they will be happy to settle the debt for a lower amount.  In other cases, you can go to bankruptcy court, and the court will discharge some of your debts in exchange for you following a payment plan or giving up certain assets.  When it is the court or the IRS that has ordered you to pay, there is almost nothing you can say that will make the debt disappear.  Tax obligations, court-ordered fines, and restitution continue to hang over your head until you pay them.  As for child support and alimony, you can reduce the amount if you are genuinely unable to pay, but you must go back to court to do this.

In Pennsylvania, the court bases the amount of restitution on the amount of the victim’s financial losses; you do not have to pay punitive damages or pain and suffering, like some defendants in civil lawsuits do.  If you stole the victim’s car and totaled it, your restitution amount is the amount it would reasonably cost the victim to replace the car.  How much you must pay each month varies according to your income.

From a debt management perspective, monthly restitution payments are a fixed amount that you must work around.  The flexibility is with your other debts.  The best strategy might be to negotiate with creditors, file for bankruptcy protection, or take out a debt consolidation loan.

A Philadelphia consumer law attorney can help you if you are trying to juggle court-ordered fines and restitution payments along with consumer debts.  Contact Louis S. Schwartz at CONSUMERLAWPA.com to set up a free, confidential consultation.

By Consumer Law PA | Posted on September 13, 2022
« Most Common Types Of Home Improvement Fraud In Pennsylvania
What Would Happen If Buy Now Pay Later Counted Toward Your Credit Score? »