Signs that You May Have a Cracked Engine Block 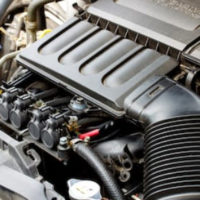 Used car buyers are protected under Pennsylvania law from purchasing a vehicle with certain problems, such as a damaged transmission, a bent or broken frame, or a cracked engine block. Unfortunately, despite the existence and enforcement of these rules, many used car dealers continue to sell defective vehicles to unsuspecting consumers, which can have devastating consequences for not only buyers, but also anyone else on the road.

It is possible, however, for wronged consumers to hold used car dealers accountable for failing to disclose certain damage, including a cracked engine block. If you were sold a defective vehicle, it is important to consult with an experienced used car fraud attorney who can help you seek compensation for your losses.

What is an Engine Block?

Engine blocks contain the cylinders, as well as a number of other major components of  the bottom end of a motor. When an engine block is properly functioning, it allows the pistons inside the cylinders to move up and down, which then turns the crankshaft. The turning of the crankshaft then allows the wheels to move. Engine blocks are designed to last for the lifetime of a vehicle. Unfortunately, things can and do go wrong, leading to the formation of cracks in the engine block.

Many engine block cracks are caused by contaminants making their way into the metal of the part during the manufacturing process. In these cases, a poorly cast block can start to leak, whether coolant or oil, from the crack itself. This can result in engine oil mixing with antifreeze, or vise versa, although the latter usually only happens when an engine block contains a deep crack. Usually when antifreeze becomes contaminated with oil, it creates an odor and results in the production of smoke from the exhaust. Other common signs of an engine block crack include:

Cracked engine blocks can be repaired, but usually require replacement, either with a rebuilt engine, a new engine, or a salvage engine.

While there are a number of problems that can result in a cracked engine block, most involve excess heat, which is usually caused by an issue with coolant. When this occurs, the overheated portions of the engine expand, while the cooler areas do not. This in turn, can result in the placing of stress on the block, which can then cause a crack in the engine to form.

Water pump failure can also cause cracks to form in an engine block, as the water pump can stop coolant from flowing through the system as intended, which can then cause severe overheating. Alternatively, casting failure during the injection molding process can cause an engine block’s mental to be thinner in certain areas. Once heat is applied to these areas, thin cracks can form.

If you purchased a used car and then discovered that your engine block was cracked, you could be eligible for compensation. Please contact dedicated Philadelphia used car fraud lawyer Louis S. Schwartz at CONSUMERLAWPA.com today to learn more about your legal rights and options.