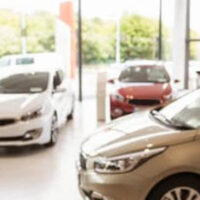 A gently used car can be the best of all possible worlds.  You have probably heard that a car’s resale value decreases by thousands of dollars the minute it leaves the dealership lot.  Therefore, if you buy a car that only has a few thousand miles on its odometers, you are, for all practical purposes, getting a new car minus the snob appeal, sometimes cutting the original price by almost half.  Everyone’s vision of the perfect gently used car is different; some would prefer a car that was part of a rental fleet until it got replaced by a newer one, while others would prefer a car whose previous owner was an individual who changed their mind quickly about the car.  In either case, a used car dealership has a legal responsibility to tell you the truth about the car’s ownership history.  If you bought a used car that turned out not to be what it seemed, contact a Philadelphia used car fraud lawyer.

When Brenda’s twin sons graduated from high school, she decided to buy them a car, and she saw an online advertisement that made it sound like she would qualify for a loan for a new car.  She called the car dealership and spoke to George, who confirmed what the advertisement had said.  When Brenda met with George at the car dealership, he told her that she did not qualify for a loan for a new car, so she decided to get a similar car that was gently used.

The car that George encouraged Brenda to buy was a 2007 Hyundai Sonata.  He claimed that the car had never been damaged in an accident and that its odometer reading, 26,539 miles, was correct.  He promised that the dealership would pay to have the car’s title and registration transferred to Brenda’s name and that she would be eligible to refinance the loan or trade in the car after six months.

Shortly after she bought the car, Brenda discovered that George had misrepresented the cars history.  Its odometer reading was not accurate, and it had several previous owners he had not disclosed; it had even been part of a rental fleet.  The car had also undergone repairs after being damaged in several accidents.  Brenda notified the dealership that she would not make any more payments on the car, but that she would not return it until the dealership reimbursed her for what she paid for the title and registration.  The dealership repossessed the car.  In accordance with the sale contract, the parties went to arbitration, which resulted in Brenda being awarded just over $900.00, representing the difference between her car-related financial losses and the dealership’s repossession costs.  Brenda asked the court to set aside the arbitration agreement, and the court accepted her request.

A Philadelphia used car fraud attorney can help you if a used car dealer lied to you about the history of the car you were buying.  Contact Louis S. Schwartz at CONSUMERLAWPA.com to set up a free, confidential consultation.

By Consumer Law PA | Posted on November 16, 2021
« Westmoreland County Man Who Sold 67 Used Vehicles Under False Premises Sentenced To House Arrest
Is It Used Car Fraud If The Car Self-Destructs Right After The Warranty Ends? »