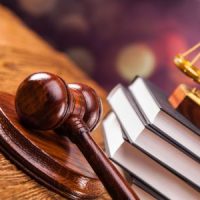 When you buy a used car, the dealer should give you a copy of the vehicle’s Carfax report, which shows its history of sales and collisions.  If you later discover that the dealer misled you about the car’s history, either by falsifying the Carfax report or by any other means, you have the right to file a used car fraud lawsuit.  In order to get the court to rule in your favor, you will have to get all the details right in your lawsuit.  If you make any mistakes, the defendant will be able to persuade the court to dismiss the lawsuit or to issue a summary judgment in the defendant’s favor.  The best way to avoid mistakes and ensure that your used car fraud lawsuit gets a fair day in court is to contact a Philadelphia used car fraud lawyer.

In October 2012, Lawrence bought a 2005 Ford Mustang from a used car dealership in Sunbury; the dealership sold various makes of cars.  He told Richard, the salesperson who sold him the car, that he only wanted a car that had never previously been involved in an accident, and Richard showed him the Mustang that he ended up buying.  After he bought the car, Lawrence began to suspect that Richard had not been truthful with him about the car’s history and that it had sustained damage that was not mentioned in the Carfax report.  He took the car to several body shops, and all the mechanics who evaluated the car agreed that it had frame damage consistent with the kind of damage that results from collisions.

Lawrence went back to the dealership to complain, but they stood by the statements in the Carfax report.  In 2013, Lawrence filed a lawsuit, listing as defendants Richard and the dealership as its name appeared on the bill of sale for the car.  The dealership filed a motion for summary judgment based on the fact that the name of the company was different from what Lawrence had listed in the lawsuit.  (The situation is similar to a scenario where a plaintiff who got injured at the Disney Epcot theme park would need to name the Walt Disney Corporation as a defendant, not Epcot.)  The court granted the motion for summary judgment.

Lawrence died in 2016, and his daughter Nancy, as personal representative of his estate, filed an appeal.  In 2020, an appeals court reversed the decision, so now it is possible for Lawrence’s estate to collect damages in the used car fraud case.

The law requires plaintiffs in civil lawsuits to be vigilant and get all their details straight.  A Philadelphia consumer law attorney can help you ensure that you have crossed all your t’s and dotted all your I’s so that your lawsuit can have the best chance of success.  Contact Louis S. Schwartz at CONSUMERLAWPA.com to set up a free, confidential consultation.

By Consumer Law PA | Posted on June 7, 2022
« Philadelphia Contractor Faces Criminal Charges For Defrauding At Least 10 Homeowners
Some Medical Debts Will No Longer Appear On Your Credit Report »