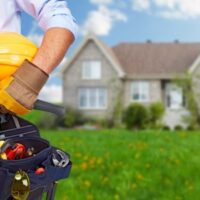 A favorite subject of standup comedians is how boring it is to socialize with homeowners, who seem to be able to find no better topic of conversation than grumbling about the cost of repairs to the luxurious amenities of their houses.  The truth is that houses require maintenance, and if DIY home repairs are your hobby, this means that you will never be bored.  For the rest of us, though, it means that we have to place our trust in building contractors and home repair companies.  The Pennsylvania Unfair Trade Practice and Consumer Protection Law (UTPCPL) requires construction companies to be honest with homeowners about the nature of the damage to the house and to charge a fair price to repair it.  If the company that built your house lied to you or acted in bad faith, contact a Philadelphia home contractor fraud lawyer.

The Case of the Flimsy Stucco

In August 2002, Arun signed an agreement to purchase a newly built stucco-clad house.  The agreement included a warranty to the effect that the building company would repair certain kinds of damage and defects if these became apparent within a certain timeframe.  Arun and his wife moved into the house in October of that year.  The trouble is that the Quality Control Manager who oversaw the construction of the house had little knowledge of stucco and did not know what constituted correct stucco practice.  Before the homeowners moved in, no one inspected the stucco, flashing components, or windows.

When the homeowners turned to another company for repairs, they discovered that the building company must have known that the repairs they performed in 2005 and 2006 would be ineffective at preventing further water infiltration.  Furthermore, they discovered that the stucco was a fraction of the thickness it should have been; in some places it was only a quarter of an inch thick.  Arun and his wife sued the building company for home contractor fraud, and the court awarded them just over $200,000 in damages.  The litigation went on for several years, in part because the building company was so evasive about requests for information.

A consumer law attorney can help you if the company that built your dream home set you up for a nightmare of increasingly costly repairs.  Contact Louis S. Schwartz at CONSUMERLAWPA.com to set up a free, confidential consultation.

By Consumer Law PA | Posted on April 20, 2021
« Debt Collectors Are Allowed to Contact You on Social Media, but They Must Follow the Rules
Are Debt Collectors’ Threats About Sending You To Jail Credible? »