Is It Theft When You Return A Lemon And The Dealership Refuses To Give You Your Money Back? 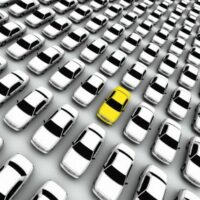 When you buy a car, the dealership gives you the title to the car, indicating that you own the vehicle and that it is roadworthy.  If you finance the car, the dealership keeps the title until you have paid the car loan in full.  If the vehicle is salvaged, however, then you do not get a title.  A salvaged car is one that is unroadworthy; it is, from a legal and practical standpoint, a pile of junk.  The repairs required to make the car roadworthy again would exceed the resale value of the pile of junk; in other words, it is total.  You can buy the pile of junk with the intention of fixing it up and turning it into a real car again or selling it to someone who will; when you do this, the seller gives you a certificate of salvage.  Once you A certificate of salvage is not a title, but after you make the necessary repairs and the car passes an inspection, you can get a reconstructed vehicle title.  If a used car dealership misled you into thinking you were buying a roadworthy car, but it turned out to be a pile of junk in the process of salvage, contact a Philadelphia used car fraud lawyer.

In February, Taneesha bought a 2003 Ford Explorer from Cameron, the owner of a used car dealership.  Cameron disclosed to Taneesha that the vehicle had a dented bumper and a hole in the exhaust pipe; he offered to make the repairs free of charge, if Taneesha would pay $3200 cash for the car.  She did, while he was making the repairs, he gave her a certificate of salvage.  He did not explain to her the difference between a title and a certificate of salvage, and she did not ask.

Taneesha went to the DMV to register the car, and they refused to register it because it was salvaged.  She notified Cameron, and he told her to tell the DMV that she had bought it for $500 and did not plan to drive it.  Taneesha then texted Cameron saying that she did not feel safe transporting her children in a salvaged car; she said she did not want the car and asked him to return the money, which he did not do.

Taneesha called the police, and the prosecution told Cameron they would not charge him if he returned the money, but still he did not.  Meanwhile, that same month, he sold the car to Sherifa; the criminal court’s decision does not indicate whether Sherifa knew that the car had been totaled before she bought it.

The court convicted Cameron of theft, but his conviction was overturned on appeal; there were too many ambiguities about what, if anything, Cameron stole from Taneesha and how much responsibility Taneesha had to do due diligence about understanding what a certificate of salvage implied.  It is also unclear whether Taneesha filed a claim in civil court, but if she had, the court almost certainly would have ordered Cameron to pay her back the money she paid for the car.

A Philadelphia used car fraud attorney can help you if a dealer sold you a salvaged car and hoped you wouldn’t notice.  Contact Louis S. Schwartz at CONSUMERLAWPA.com to set up a free, confidential consultation.

By Consumer Law PA | Posted on May 26, 2021
« Student Debt: The Dropout’s Dilemma
Three Red Flags To Avoid When Hiring A Home Contractor »