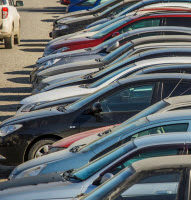 Although most of us have sold or purchased a used car at some point in our lives, a surprising number of people are still unaware that used car dealerships are required to comply with specific regulations regarding trade practices when they sell a car. If you were recently the victim of a dealership’s unfair and deceptive practices, you should speak with an experienced used car fraud attorney who can help you file a claim against the at-fault party.

What Qualifies as an Unfair or Deceptive Practice?

In Pennsylvania, a number of acts and practices are considered to be unfair or deceptive when they involve a motor vehicle dealer, including:

In fact, dealers are also generally prohibited from using the phrase “as is” when referring to a vehicle for sale unless the purchaser is notified in writing that the car being sold is not under warranty.

Many dealerships use standard contract forms during transactions. While this is perfectly legal, the documents will only be considered valid if they contain certain information, such as:

Purchasers are also guaranteed a refund of their deposits when:

If you were a victim of any of these practices, you could be eligible to recover damages in court or in settlement proceedings from the at-fault party.